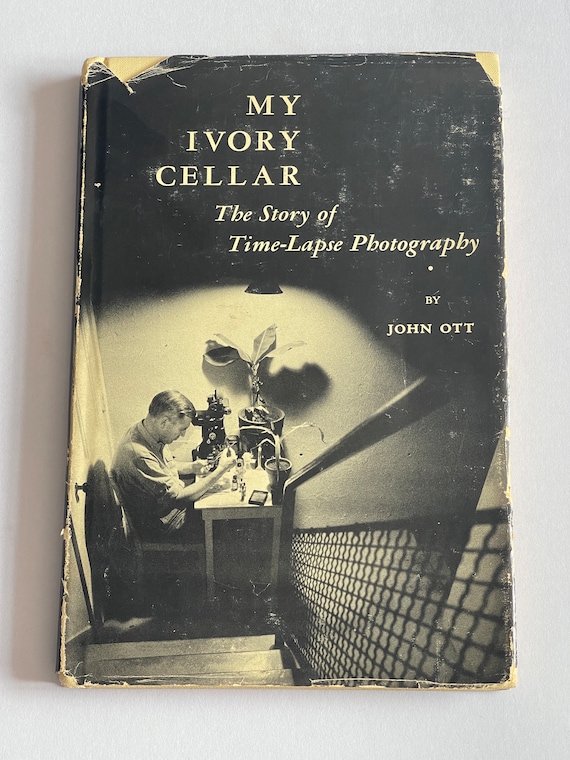 My Ivory Cellar: The Story of Time-Lapse Photography (Classic Reprint)

This is a reproduction of a book This book may have occasional imperfections such as missing or blurred pages, poor pictures, errant marks, etc. that were either part of the original artifact, or were introduced by the scanning process. We believe this work is culturally important, and despite the imperfections, have elected to bring it back into print as part of our continuing commitment to the preservation of printed works worldwide. We appreciate your understanding of the imperfections in the preservation process, and hope you enjoy this valuable book.
Preface

Shortly after making my first automatic timer and completing several time-lapse sequences of common garden flowers, I began thinking about writing a book on the subject of time-lapse photography. However, there were at that time several minor problems to be ironed out before I could give all the answers, but as each solved problem would create a bigger one, this project was temporarily postponed. Perhaps this was a mistake, for during the past thirty years the number of unanswered questions has steadily increased and at an ever faster rate. Like so many other subjects, considerable knowledge and experience are required to realize how much more there is still to be learned. This is certainly proving to be true in taking time-lapse pictures. Although I have exposed a good many feet of motion picture film, I am convinced I have hardly scratched the surface as far as the possible applications of time-lapse photography to all kinds of research projects.

2 Further Afield in Photography 25;
3 The Steady and Orderly Evolution of Plants 31;
4 Project Sixty-One 41;
5 Growth Responses to Variations in Temperature 50;
6 Hindsight 63;
7 Pink or Blue? The Effect of Wave Length of Light Energy on Growth Response in Plants 82;
8 Double Trouble 98;
9 Contemporary Influences 105;
10 Interesting Similarities Between Reactions of Plants and Animals Ill;
11 Photocrinology-The Effect of Light on the Glandular System 116;
12 The Darkest Hour 128;

Forgotten Books is a publisher of historical writings, such as: Philosophy, Classics, Science, Religion, History, Folklore and Mythology.