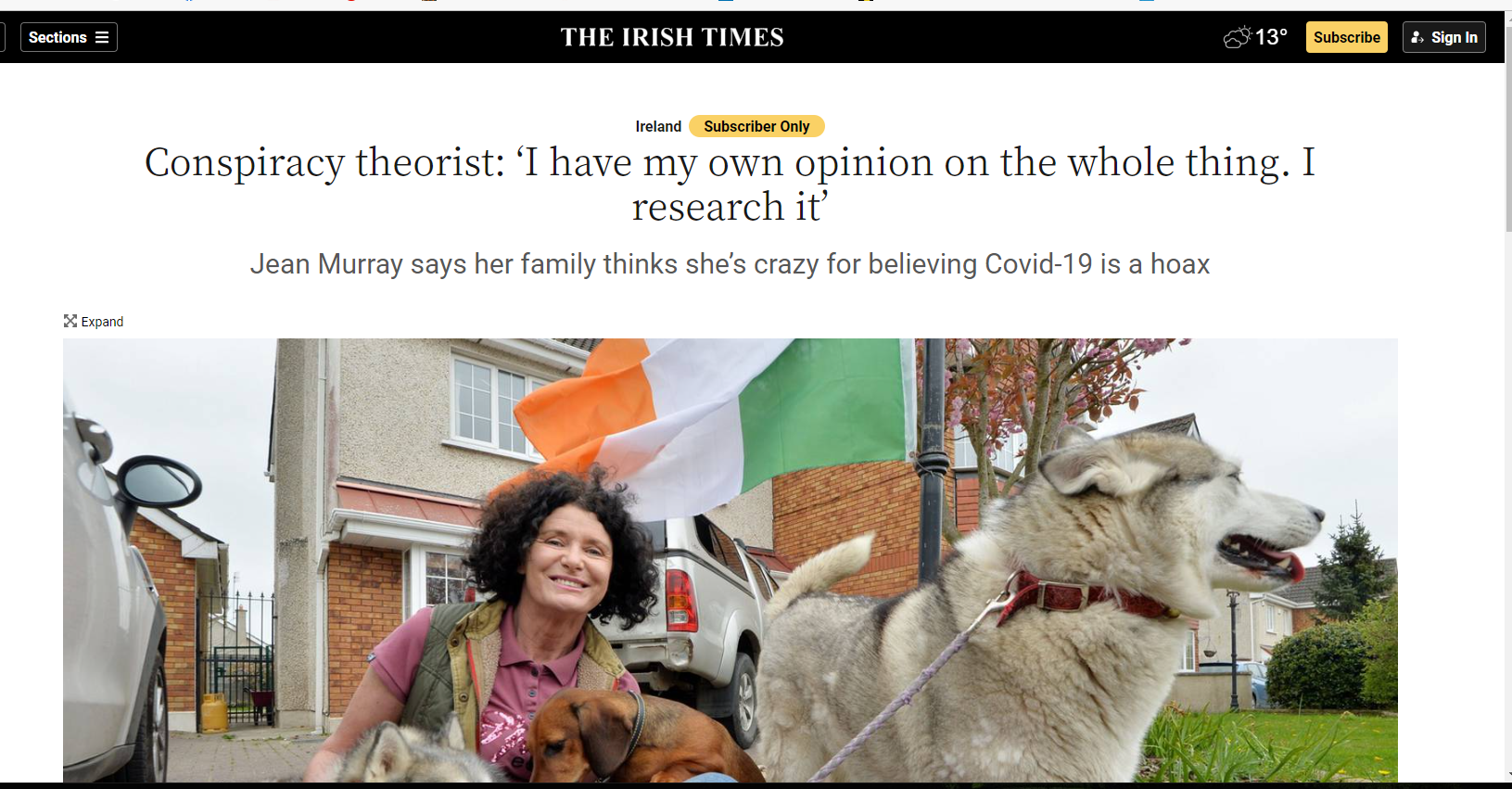 The Greatest Story ever told was of course about the birth of Jesus, the son of God. We were told the perils that Jesus went through in his quest to spread God’s word of caring and compassion which led to his inevitable death at the young age of thirty four. I remember being able to separate Jesus from actual real life because it was told as a story. Our teachers and priests used Jesus life experiences to show us examples of ways to be kind and helpful to others and it stuck with me through all my life. Whether one is religious, spiritual or neither, one realises it’s not a bad thing to be a good person who helps thy neighbour. Lately, I’m able to see and understand the reality of Jesus as a person. He stood up against Greedy Kings that wanted wealth and power for themselves while poor people starved. The Kings didn’t want to share their wealth and feed the poor and they didn’t like the fact that Jesus kept going on about it, so they killed him. Since that time, there have been many great men who followed in Jesus’s footsteps to spread the word of God, which is basically to help the poor and underprivileged. Such as St. Peter the Apostle, a disciple of Jesus. His original name was Simeon or Simon and he died in 64 ce, in Rome, Italy. He was recognised in the early Christian church as the leader of the twelve disciples and by the Roman Catholic Church as the first of its unbroken succession of popes. And so began the foundation of Christianity which is all about being kind and sharing of yourself. If Christianity was successfully implemented around the globe, there would be no hungry or abused children.

Despite the work that the Christian Church has done since St. Peter and the twelve disciples paved the way, Christianity didn’t spread to everyone. Wealthy elites could end World hunger in a moment by each donating a few of their billions of dollars, euros or pounds, so why don’t they? The simple answer is because they are greedy and they like what their wealth buys them, which of course is power. In today’s times, powerful billionaires have gathered force among World leaders and they control the systems in each country. They don’t want to control the systems in each country for no reason, the end game has to be more beneficial for these controllers, either financially or for power. Wealthy people didn’t get to their Rich positions by accident or hard work. They join together through marriage or business with other wealthy people and keep the tricks of the trade within their own growing empires. They put their profits into their own registered charities (or foundations) placing family members in CEO positions. This keeps the wealth in the family. The foundations then receives massive donations from wealthy empires such as Bill and Melinda Gates foundation or the Clinton foundation. These empires expect favours for these donations. And so begins the road to deceit and corruption as these people’s compromised positions grow. With great wealth comes greater power and a great Ego. At the basis of the powerful Ego is greed and narcissism, which is all about self idolisation and so far off from the teachings of Jesus. These people in positions of power are not concerned with the greater good of mankind and their leadership is so dangerous for the people that they are pretending to care for.

In our schools today, they have changed the tactic from using Jesus as an example to be kind to thy neighbour and replaced it with a judgement and a criticism. For example, they now say, it is racist to be mean to people of colour or it is homophobic to be mean to people that are gay. They are now trying to implement that it is transphobic to imply that a genetic male is not a female or vice versa. So from the very beginning of our children’s school days they are now being judged or criticised from being plain old mean to a child who happens to be black, trans or gay. This has the great advantage of causing our young kids to grow up fearful in the classroom. Young children do not see their peers of race, gay or trans as being anything to fear. They grow naturally with children of difference, even those with learning difficulties. There’s a place for all children in the playground. A prime example I witnessed when I had a little friend over from school when my youngest child was six. The two girls were watching Peppa Pig while they were playing in the sitting room. Yasmin turned to her friend and said, “you’re fat.” It wasn’t said in malice, she just said what she noted. The little pal said, “I know.” And the two continued to play. Of course I corrected my little girl and explained etiquette. My daughter wasn’t being mean or even a bully, she was just making an observation. If the child happened to be black, my child could have easily spurted out, “ you’re black!”, with no offence meant. We had very few black people in Ireland for quite a long time, it would natural for a child to observe the difference, not racist. So what this new system of Education is doing is contrary to Jesus’s teachings of kindness and compassion, it is teaching our children to see differences but not to address them or question. And this automatically makes our children grow up in fear. Fear to speak out and question anything, because they will now be punished in the classroom for being racist instead of a naughty child or a bully. As they grow, they will continue to be punished for being racist or transphobic and will be prevented from speaking out in reason or logic, as is written in the new ‘Hate Speech Act’. Children who grow up fearful of being judged or criticised become fearful adults. Kids can be judged or criticised in the home too for different reasons, maybe for being lazy or not working hard enough in schools. A parent might use that tactic to try and motivate their child, but unfortunately, a tactic I used myself on my son, it only taught my son to be secretive, resentful and afraid. Couple that with the judgement or Code of behaviour in the school, it only produces one scared adult who will follow the rules and not speak out of line. The Department of Education knows exactly how our kids are going to turn out by removing Jesus teaching’s from the classroom. Let’s say, our kids had continued to be taught the methods of kindness and compassion and to think about their own actions and take responsibility, that would turn out a different adult. Stronger and less fearful as in my mother’s generation, whom one cannot doubt are a very strong and compassionate generation. A prime example was when our Irish old people marched in the thousands when the Government decided to limit their medical card a few short years ago. The Government retracted. Well done our elderly! I suspect it is one of the reasons they terrified the old people and locked them in cocoons in the guise of the alleged pandemic. It’s quite obvious the Government do not want any masses of populace rejecting their orders or changes to our constitution, so it serves the Government better if our children are tackled from the very start of their state education by being taught these tactics of judgement and criticism. The Government then produce obedient adults who will not question anything untoward. A masterful plan in order to gain control of the population. We can see this in Ireland since March 2020 as most of the Irish nation went along with everything the Government instructed and never questioned. They just believed in the system and followed the rules.

The closures of the church and the restriction of the sacraments are nothing to do with the alleged pandemic either. It is all devised to rid Ireland eventually of Christianity and its structure. The family core is Christianity and is strong. It consists of support, kindness, compassion and unity. The implementation of an alleged virus terrified and separated families and friends and caused a great divide. The Irish people let it happen because they were conditioned not to question from the very beginning of the education system and then into the workplace. The mandatory Health and Safety training in all jobs and services is another fantastic tool that trained people into following the rules in the guise of safety, but prevented the men/women to critically think for themselves. So take Christianity away from people and it removes the need for kindness and compassion for others. Keep people afraid and take God as their guide away from them and they have no choice but to turn to Government to save them. And so the people are easily controlled. One of the Ten Commandments is “Thou shall not worship false Gods.” This was a wise instruction from God, as he knows man are weak. In today’s times our false God’s or guiders are our Government and our people that are lacking in true faith in God and Christianity are following them and trusting them and believing in them. Instead of closing their eyes and trusting their instinct and their soul which is God’s little helper to guide us.

And so we are entering into a time of terrible unsettlement and insecurity. Our people have put their faith in people who have positions of wealth and authority. These powerful people have nothing to lose and everything to gain from a populace that can be so easily controlled. They are not God so their intentions are alternative to kindness, compassion and equal wealth and food for all. As I mentioned before, if that were their intentions it would be done already. The World billionaires have the means to do this. Many people have had their health and their lives neglected in this past sixteen months under the guise of allegedly helping them, but yet still the Irish nation cannot see that it is the opposite of kindness and compassion that our sick and our dead received. An example would be, a husband or a wife can tell their partner that they love them. They can buy them nice presents for birthdays or Christmas, but yet, they do not sit with them and have tea and show kindness and consideration. So the words and gifts mean nothing at all if the physicality of word love is not matched. So when our Government get on TV and talk wonderful kind words of caring for the greater good, the truth is that old people were cruelly left to die in hospitals and nursing homes. Sick people were prevented from having necessary treatment and will suffer more or die because of that neglect and families and friends were separated. That’s not Love, caring or Christian behaviour. And until the Irish people figure that out for themselves, we are going to see a lot more people die at the hands of our Government. God help us all.