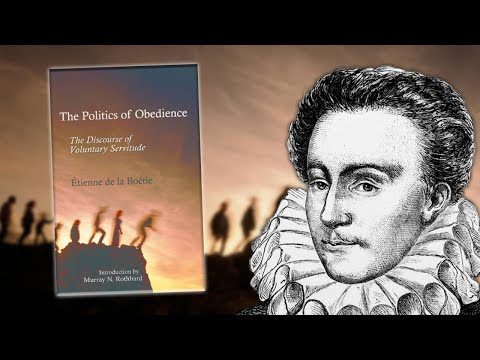 This classic work of the sixteenth century political philosopher, in reply to Machiavelli’s The Prince, seeks to answer the question of why people submit to the tyranny of government, and as such, has exerted an important influence on the traditions of dissidence from Thoreau and Ralph Waldo Emerson, to Tolstoy, to Gandhi.
States are more vulnerable than people think. They can collapse in an instant—when consent is withdrawn.
This is the thesis of this thrilling book. Murray Rothbard writes a classic introduction to one of the great political essays in the history of ideas.
In times when dictators the world over are falling from pressure from their own people, this book, written nearly 500 years ago, is truly the prophetic tract of our times.
Étienne de La Boétie was born in Sarlat, in the Périgord region of southwest France, in 1530, to an aristocratic family, and became a dear friend of Michel de Montaigne. But he ought to be remembered for this astonishingly important essay, one of the greatest in the history of political thought. It will shake the way you think of the state. His thesis and argument amount to the best answer to Machiavelli ever penned as well as one of the seminal essays in defense of liberty.
La Boétie’s task is to investigate the nature of the state and its strange status as a tiny minority of the population that adheres to different rules from everyone else and claims the authority to rule everyone else, maintaining a monopoly on law. It strikes him as obviously implausible that such an institution has any staying power. It can be overthrown in an instant if people withdraw their consent.
He then investigates the mystery as to why people do not withdraw, given what is obvious to him that everyone would be better off without the state. This sends him on a speculative journey to investigate the power of propaganda, fear, and ideology in causing people to acquiesce in their own subjection. Is it cowardice? Perhaps. Habit and tradition. Perhaps. Perhaps it is ideological illusion and intellectual confusion.
La Boétie goes on to make a case as to why people ought to withdraw their consent immediately. He urges all people to rise up and cast off tyranny simply by refusing to concede that the state is in charge.
The tyrant has “nothing more than the power that you confer upon him to destroy you. Where has he acquired enough eyes to spy upon you, if you do not provide them yourselves? How can he have so many arms to beat you with, if he does not borrow them from you? The feet that trample down your cities, where does he get them if they are not your own? How does he have any power over you except through you? How would he dare assail you if he had no cooperation from you?”
Then these inspiring words: “Resolve to serve no more, and you are at once freed. I do not ask that you place hands upon the tyrant to topple him over, but simply that you support him no longer; then you will behold him, like a great Colossus whose pedestal has been pulled away, fall of his own weight and break in pieces.”
In all these areas, the author has anticipated Jefferson and Arendt, Gandhi and Spooner, and those who overthrew Soviet tyranny.
The essay has profound relevance for understanding history and all our times.
As Rothbard writes in his spectacular introduction, “La Boetie’s Discourse has a vital importance for the modern reader—an importance that goes beyond the sheer pleasure of reading a great and seminal work on political philosophy, or, for the libertarian, of reading the first libertarian political philosopher in the Western world. For La Boétie speaks most sharply to the problem which all libertarians—indeed, all opponents of despotism—find particularly difficult: the problem of strategy. Facing the devastating and seemingly overwhelming power of the modern State, how can a free and very different world be brought about? How in the world can we get from here to there, from a world of tyranny to a world of freedom? Precisely because of his abstract and timeless methodology, La Boétie offers vital insights into this eternal problem.”
Author: 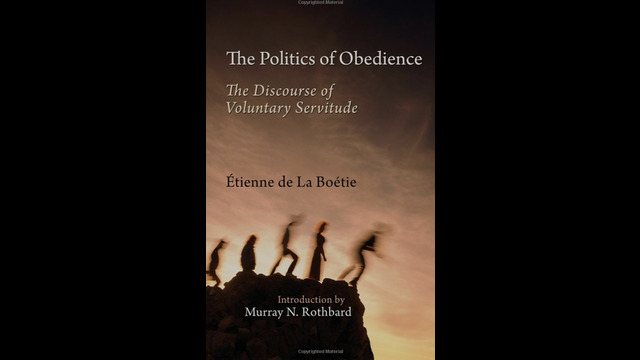