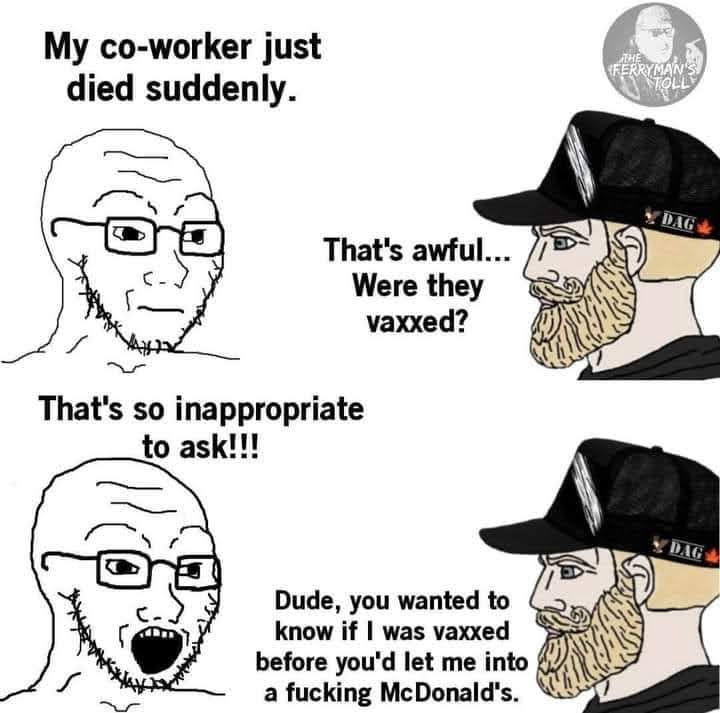 Everything is totally inverted. The system of our Governance that we once believed and trusted in has exposed its ace card. Which is that they have manipulated and cheated us, the Irish people, out of our rights and our freedoms. And they won’t be giving them back, well, not without a fight anyway. Most people are not even aware of their right to be free or that they have been conditioned to not question and just follow orders. Our kids have been targeted with their smart phones to focus on self idolisation in a pretence World of that’s all that matters. The secondary schools have conditioned our kids in codes of obedience and uniformity. The colleges have removed morals, values along with true literature by great writers and replaced them with manifested and controlled text books and clever inclusivity and eco system text.. To keep everyone on the same thought level and to be shamed or bullied if they spoke differently. Brilliantly, nobody questions or challenges any popular narrative. It certainly explains why our kids just put on a mask without any struggle, not realising that they are being totally degraded and conditioned. My heart breaks as I watch an Irish nation reduced to self destructing drones. A nice little fact that the Criminals running this COVID corruption have banked on.

With the loss of our freedoms went our rights to choice and privacy. The collusion among our Government Departments to emotionally blackmail the Irish parents and their children into taking a trial MRNA jab is absolutely Criminal. Especially with the knowledge from around the World of the many serious life threatening side effects and sudden deaths in people of all ages. It is also daily in Ireland that we hear of a young person’s sudden unexplained death within hours of receiving their shot. It is unbelievable to imagine that the Main Stream Media are purposely ignoring the causes of these deaths. It is the very reason that the populace of Ireland are ignorant to the deaths being the result of the jabs. So the parents allow their children to put out their arms in blind ignorance to the effects of the jabs and the segregation they are supporting.

It’s all so Crazy. The future for our fellow man is bleak in the hands of lunatics who are controlling our Governments. The front men such as Klaus Schwab from the World Economic Forum and Bill Gates, a self possessed know it all, with eugenics in his background are selling the show. I suspect they are somehow hypnotising the masses with Gates words of ‘We have vaccines that can cure every illness’ and ‘we can also lower the population!’ The education system has taught our children that the World is overpopulated, so it’s clear to see the masses going along with this unscientific information. And Schwab’s words of ‘You will own nothing, but you will be happy’, as he also pushes a communitarianism ideology. Which is basically communism under a lightened inclusivity umbrella. And again, our kids have been educated into thinking that everyone should have the same income, which seems fair, but they are not being educated into the knowledge that we will all still be on lower incomes, yes, the same as our fellow man, but the wealthy will get to keep all their wealth, while us working class will have to live on less. You will see this same group think happening in the effective words of ‘wear a mask to protect others’ or ‘get vaccinated to protect others.’ Communitarianism in a community is ‘we are all responsible for each other. This eliminates the right of the individual to be responsible for themselves and their own children first. And frighteningly gives others the right to dispute and report your parental styles, especially if you decide to go against the impending mandates and not vaccinate your children. Wealthy illite lunatics are enforcing the changes that are being implemented into our lives in every country. To make their control of each individual easier without restrictions. Every politician is compromised in some way or are bought and paid for. The main characters in the lunatic asylums are hidden and protected. On a positive note. David Ike and many thousands like him have been sharing the secrets behind the lunatics plans for quite a while on various social platforms. To which I am extremely grateful. And the masses are awakening. I feel these Crazy lunatics may be winning a few little battles, for now. But they will not win the war.